STAR WARS: THE HIGH REPUBLIC – TRAIL OF SHADOWS #1 (OF 5)
DANIEL JOSÉ OLDER (W) • DAVE WACHTER (A) • Cover by DAVID LÓPEZ
Variant Cover by ARIO ANINDITO
Variant Cover by JULIAN TEDESCO
JEDI KNIGHT AND PRIVATE EYE TEAM UP TO UNCOVER A MYSTERY
THAT WILL CHANGE THE HIGH REPUBLIC FOREVER!
A Jedi Master is dead. Another is in a state of complete shock. It’s a murder the likes of which the Jedi Order has never seen before. There are no leads. There are no suspects. There is no motive. But Jedi Investigator EMERICK CAPHTOR must solve the case before it’s too late. The fate of the Jedi, the Hutts, the Nihil and everyone in the galaxy, hangs by this tangled thread of lies and deceit. Emerick will need to dive into the darkness, testing himself and his Jedi ideals like never before. He’ll need help. Luckily, Private Eye SIAN HOLT lives in the dark. Together, they’ll follow this trail of shadows wherever it leads. If they can work together, that is.
32 PGS./Rated T …$3.99

STAR WARS: THE HIGH REPUBLIC #10
CAVAN SCOTT (W) • ARIO ANINDITO (A) • Cover by PHIL NOTO
VARIANT COVER BY GEORGES JEANTY
VARIANT COVER BY CASPAR WIJNGAARD
A NEW STORY BEGINS THIS ISSUE – THE SHADOW OF THE NIHIL!
• Following the terrible events of The Rising Storm, the villainous NIHIL are in retreat, hunted by THE JEDI.
• WAYSEEKER KNIGHT ORLA JARENI is attacked by a lone Nihil Stormship in deep space, a Stormship commanded by one of the Jedi’s own.
• Which of STARLIGHT BEACON’S number have joined the Nihil Horde? And how far will they turn from the light?
32 PGS./Rated T …$3.99

STAR WARS: WAR OF THE BOUNTY HUNTERS #5 (OF 5)
Charles Soule (W) • LUKE ROSS (A) • Cover by STEVE MCNIVEN
Variant Cover by CARLO PAGULAYAN
ACTION FIGURE VARIANT BY JOHN TYLER CHRISTOPHER
Bounty Hunter Handbook Variant Cover by RON FRENZ
Trading Card Variant Cover by JOHN CASSADAY
Carbonite Variant Cover by STEVE McNIVEN
Boba Always Gets His Bounty Variant Cover by Steve McNiven
THE ULTIMATE FINALE! THE BIGGEST EVENT OF THE YEAR
CHANGES THE FACE OF THE GALAXY!
• Everything and everyone in the galaxy is against bounty hunter BOBA FETT, from Sith Lords to Hutt rulers to the mysterious CRIMSON DAWN.
• He can’t succeed. There’s no way he can regain HAN SOLO, escape the bounties on his head, and survive to get his prize to JABBA THE HUTT and get paid. But HAN SOLO belongs to him, and no one will take him away.
• With a shocker of an ending that sets up a revolutionary new status quo for STAR WARS COMICS!
40 PGS./Rated T …$4.99

STAR WARS: WAR OF THE BOUNTY HUNTERS – IG-88 #1
RODNEY BARNES (W) • GUIU VILANOVA (A) • Cover by Mahmud Asrar
Variant by CASPAR WIJNGAARD
VARIANT COVER BY RAY-ANTHONY HEIGHT
Bounty Hunter Handbook Variant Cover RON FRENZ
Carbonite Variant Cover by MAHMUD ASRAR
NO ONE CAN DEFEAT IG-88! WAR OF THE BOUNTY HUNTERS TIE-IN!
IG-88 is an advanced assassin droid designed for death, destruction, and mayhem. Its weapons systems are unparalleled, its design flawless. Yet the galaxy’s most sinister droid bounty hunter can still fail. What motivates IG-88’s resurrection time and time again? Is it programming or something…more? And can IG-88 find a strategy to overcome its old foe, Boba Fett?! Rodney Barnes’ and Guiu Vilanova’s one-shot is the fourth of four action-packed “War of the Bounty Hunters” tie-ins about the criminal underworld’s most notorious hunters and scoundrels, all told by the best STAR WARS writers and illustrators in the galaxy.
40 PGS./ONE-SHOT/Rated T …$4.99

STAR WARS: DARTH VADER #17
GREG PAK (W) • RAFFAELE IENCO (A) • Cover by AARON KUDER
Bounty Hunter Handbook Variant Cover by RON FRENZ
Lucasfilm 50th Anniversary Variant Cover by CHRIS SPROUSE
Carbonite Variant Cover by AARON KUDER
“JUST REWARDS”
• Throughout the search for HAN SOLO, DARTH VADER has carved his way through shadows, unraveling mysteries cloaked in deceptions and betrayal.
• Now Vader finally takes care of all his business in this blockbuster conclusion to the WAR OF THE BOUNTY HUNTERS story arc.
• But is he the true master of betrayal in this tale? Or is there another?
32 PGS./Rated T …$3.99

STAR WARS: WAR OF THE BOUNTY HUNTERS TPB
Written by CHARLES SOULE
Penciled by STEVE McNIVEN & LUKE ROSS
Cover by STEVE McNIVEN
The Star Wars comic event you’ve been waiting for! The notorious bounty hunter Boba Fett has finally landed his greatest prize — Han Solo, frozen in carbonite for easy transport. Fett will bring the smuggler to Tatooine to collect the massive bounty placed on Solo’s head by the fearsome crime lord Jabba the Hutt. There’s just one problem standing between Fett and the payday…and it’s a big one. But Fett will stop at nothing to get the job done! Prepare for a mind-blowing, space-shattering epic event like no other! Featuring the return of the criminal Crimson Dawn, plus Darth Vader, Luke Skywalker, Leia Organa, Valance, Doctor Aphra and the Hutts, all vying for the ultimate prize — with Boba Fett stuck in the middle! Collecting STAR WARS: WAR OF THE BOUNTY HUNTERS ALPHA and STAR WARS: WAR OF THE BOUNTY HUNTERS #1-5.
160 PGS./Rated T …$19.99
ISBN: 978-1-302-92880-3
Trim size: 6-5/8 x 10-3/16

STAR WARS: DOCTOR APHRA VOL. 3 — WAR OF THE BOUNTY HUNTERS TPB
Written by ALYSSA WONG
PENCILED BY MINKYU JUNG & FEDERICO SABBATINI
Cover by SARA PICHELLI
Doctor Aphra’s adventures continue against the backdrop of War of the Bounty Hunters! Aphra and Sana Starros discover an eerie, abandoned ship…but on board they will discover a nightmarish horror not seen in the galaxy for untold eons. And to make things worse, they must contend with the fearsome bounty hunter Durge! Then, a mysterious invitation leads Aphra and Sana to an exclusive party — teeming with scum and villainy! Can they survive the underworld social event of the century? Or will their cover be blown by a familiar face with an agenda of their own? Face-to-face with the one person she hoped she’d never see again, this time, the not-so-good Doctor is in trouble so deep she might not be able to talk her way out… Collecting STAR WARS: DOCTOR APHRA (2020) #11-15.
112 PGS./Rated T …$15.99
ISBN: 978-1-302-92879-7
Trim size: 6-5/8 x 10-3/16

STAR WARS VOL. 3: WAR OF THE BOUNTY HUNTERS TPB
Written by CHARLES SOULE
Penciled by RAMON ROSANAS
Cover by CARLO PAGULAYAN
The hunt for Han! Chewbacca has heard from an old friend with intelligence on the location of notorious bounty hunter Boba Fett, who is in possession of the carbon-frozen body of Han Solo. Along with Luke Skywalker, the loyal Wookiee sets off in search of his lost friend, on an adventure to Nar Shaddaa…better known as the Smuggler’s Moon! But this mission may prevent plucky astromech droid R2-D2 from passing along a crucial message to Luke — a message that will affect the fate of the entire Jedi Order! As their missing friend sparks a War of the Bounty Hunters across the galaxy, Luke embarks upon an epic mission with Wedge Antilles and the brave pilots of Starlight Squadron — as Leia, Chewie and Lando take on Boba Fett! The saga of Star Wars continues to surprise! Collecting STAR WARS (2020) #13-18.
136 PGS./Rated T …$17.99
ISBN: 978-1-302-92080-7
Trim size: 6-5/8 x 10-3/16

STAR WARS: WAR OF THE BOUNTY HUNTERS COMPANION TPB
Written by JUSTINA IRELAND, DANIEL José OLDER, ALYSSA WONG & RODNEY BARNES
Penciled by LUCA PIZZARI, KEI ZAMA, DAVID BALDEÓN & MORE
Cover by Mahmud Asrar
You will never find a more wretched collection of scum and villainy! As Boba Fett’s simple mission to deliver the carbonite-frozen Han Solo and collect his payday erupts into chaos and the War of the Bounty Hunters engulfs the galaxy, fan-favorites from the darker side of the Star Wars universe get their chances to shine! Failed by his most trusted bounty hunter, Jabba the Hutt hires a bounty hunter from the High Republic – Deva Lompop! The team supreme is divided as 4-LOM battles Zuckuss — but what could tear them apart? The secret origin of Boushh is revealed as the legendary warrior is hired to assassinate Domina Tagge! And the homicidal droid IG-88 explodes into action! Collecting STAR WARS: WAR OF THE BOUNTY HUNTERS – JABBA THE HUTT, 4-LOM & ZUCKUSS, BOUSHH and IG-88.
136 PGS./Rated T …$19.99
ISBN: 978-1-302-93149-0
Trim size: 6-5/8 x 10-3/16

STAR WARS: THE HIGH REPUBLIC VOL. 2 – THE HEART OF DRENGIR TPB
Written by CAVAN SCOTT
Penciled by GEORGES JEANTY & ARIO ANINDITO
Cover by PHIL NOTO
As the galaxy prepares to celebrate the Republic Fair on Valo, a fierce battle rages in the depths of Wild Space — and the Jedi of Starlight Beacon must join forces with their most feared enemy to face the terror of the unstoppable Drengir horde! And as Avar Kriss and her new allies fight nightmarish creatures on a harsh lava world, young Jedi Keeve Trennis puts everything on the line to save her former master from the darkness! Meanwhile, who — or what — is the Great Progenitor? And will the Jedi find other forces at work on the Drengir’s deathworld? Plus: The villainous Nihil may be in retreat…but they cast a long shadow! Guest-starring Cohmac Vitus, Reath Silas and Orla Jareni, Jedi Wayseeker, from the blockbuster novel Star Wars: The High Republic — Into the Dark! Collecting STAR WARS: THE HIGH REPUBLIC #6-10.
120 PGS./Rated T …$15.99
ISBN: 978-1-302-93142-1
Trim size: 6-5/8 x 10-3/16 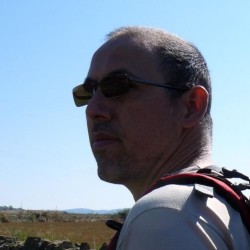 This website uses cookies to improve your experience while you navigate through the website. Out of these, the cookies that are categorized as necessary are stored on your browser as they are essential for the working of basic functionalities of the website. We also use third-party cookies that help us analyze and understand how you use this website. These cookies will be stored in your browser only with your consent. You also have the option to opt-out of these cookies. But opting out of some of these cookies may affect your browsing experience.
Necessary Siempre activado
Necessary cookies are absolutely essential for the website to function properly. This category only includes cookies that ensures basic functionalities and security features of the website. These cookies do not store any personal information.
Non-necessary
Any cookies that may not be particularly necessary for the website to function and is used specifically to collect user personal data via analytics, ads, other embedded contents are termed as non-necessary cookies. It is mandatory to procure user consent prior to running these cookies on your website.
GUARDAR Y ACEPTAR
Cargando comentarios...
A %d blogueros les gusta esto: